Marine Claire Studios and Apartments is located in the area of Kato Stalos, Crete and on the sandy beach of Stalos which is one of the most known beaches in Chania. The hotel is just 7 km from the city center of Chania.

It offers 19 rooms of which 4 are apartments (separate bedroom) and 15 studios. Of the total of the 19 rooms, the 17 have views of the sea. 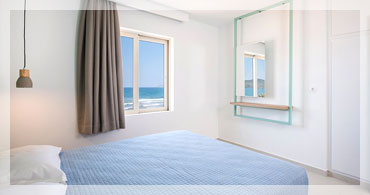 Marine Claire apartments constitute of four apartments that have two bedrooms, kitchen and one bathroom each and are open throughout. 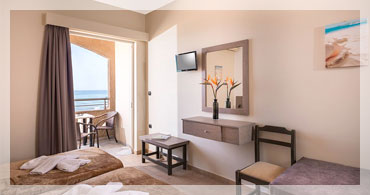 There are also 15 studios, all of them with view at the sea, which have air-conditioning, television, safe, cuisine and are all recently renovated.

Decide which cookies you want to allow. You can change these settings at any time. However, this can result in some functions no longer being available. For information on deleting the cookies, please consult your browser’s help function. Learn more about the cookies we use.

With the slider, you can enable or disable different types of cookies: